Note to Boy
​by Sue Clark
​ 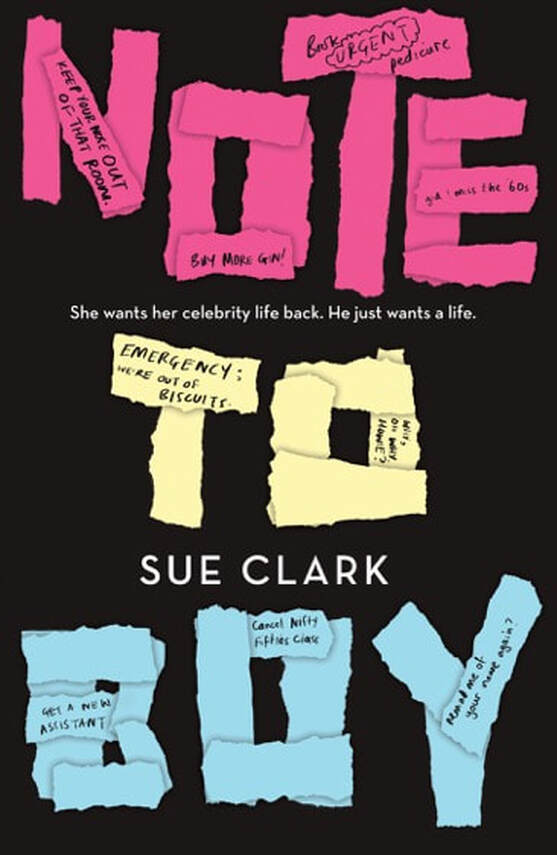 Sue Clark's charming debut is a little gem of a book.

This delightful romp by comedy writer Sue Clark is an engaging, funny, and poignant read. It brings together two unlikely characters in the form of the theatrical and slightly cantankerous old dear, Eloise Slaughter, and the 17-year-old Bradley McCreedy. Eloise Slaughter, the one-time fashionista, ‘style supremo’ and ‘fashion phenomenon’ of Carnaby street in the swinging 60s, is an energetic old bird with a penchant for more malapropisms and spoonerisms than most of us have had hot dinners. And her sparring partner Bradley McCreedy who she lures as a ‘domestic assistant’ via a card in the local newsagent, is a teenager from the rougher side of Kilburn. The narrative is conveyed by both these characters in their respective voices.
What McCreedy lacks in grammar and diction, he more than makes up for with his obsessive need to tidy. And there is plenty of tidying to do, as the old lady’s abode is in a pretty hideous state by all accounts. His other duty is to help the old girl write her biography by providing an attentive ear and a ‘digital whatsit’ to record her memoirs.
McCreedy may not be a saint and isn’t averse to pilfering money from his employee, but his fondness for her grows over time and his tenacity and wits prove to be precisely what Eloise Slaughter needs if she is to rise once more like the phoenix from the ashes.
'Note to Boy' reminded me a little of 'Harold and Maud', only in that the two characters are of similar age. But here the comparison ends. With 'Note to Boy', the dialogue is far funnier and the narrative has a great deal more depth. And as with all great comedy, there is a tenderness and poignancy to both of these well-drawn characters.
Sue Clark’s debut is a little gem and will appeal to anyone who enjoys the joy of language - particularly when it has been dragged through a hedge backwards by the book’s elderly protagonist. It would, dare I say it, make a wonderful stage play.