In conversation with Robert Craven 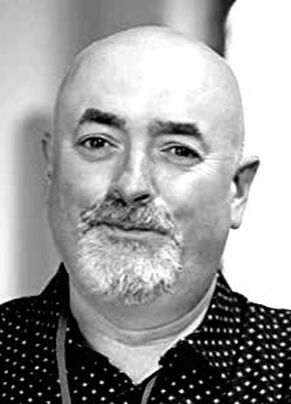 It gives me great pleasure to welcome Robert Craven onto the website today. Robert is the author of seven novels including Eagles Hunt Wolves, which was a winner in the 2021 Firebird Book Awards.

Alex: tell us a bit about yourself, Robert.

Robert: I live in a small seaside town in North County Dublin called Rush. I am married and have a family.
I was born in Swinton, Manchester in 1966 and lived there until 1977 when the family moved to Australia as ‘£10 Poms’. We returned briefly to the UK in 1979 and then moved to Ireland. As a child, I was always drawing or writing in some form or another. Like many of my generation, I dreamed of being in a band and tried to write lyrics inspired by songs by Peter Gabriel, Bowie and John Lennon. My favourite poet then, was Dylan Thomas.  He still is.
In secondary school, I wrote a short story about a boy whose father didn’t return from WW1 and the impact it had on him. My English teacher, Hughie O’Neill, suggested I keep at it. Following his suggestion, I was actively involved in the school magazine. But on leaving school I was fortunate to land a job (no mean trick in those days) and in 1984, bought my first bass guitar from my wages– after that, I was involved in Dublin’s music scene from 1986 – 1997 when I decided a career change was needed for both my sanity and mindful of my ‘shelf-life’.
In 1992, I entered a writing competition for a speculative fiction magazine and won a place on the magazine, it was a horror short, but I absolutely glowed when I received the letter. I didn’t make a penny, but it showed me a possible path. One I’m now on.
When not gigging, I kept tour diaries from my stints around Ireland and Holland and drafted an early novel titled ‘Vocals preferred, Own transport essential’ seen through the eyes of a young musician, Bup Edsel. It’s a story of music, love, and loss in a fun-filled (though at times,) poignant tale that recounts first-hand but fictionalised incidents in my musical life. I had a professional editor look at it and, on their recommendation, I began the first of many arduous and unsuccessful pitches without any luck, I should add.
I parked that wip for a few years, then fifteen years ago, began my first novel GET LENIN.
My main interests are cinema, reading and writing. I love music and review CDs for an Irish on-line Music magazine. It fills two roles – I get amazing music for free, and it helps keep writer’s block at bay! 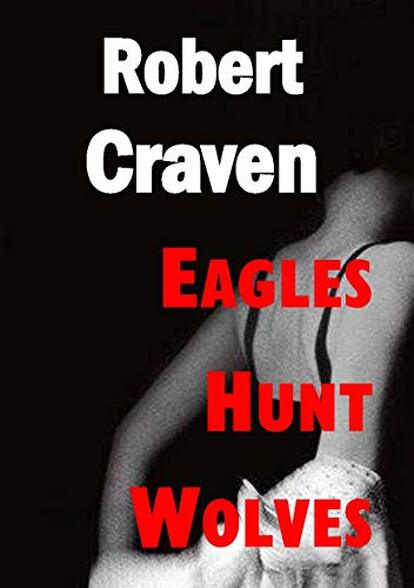 ​Robert: Good question, my writing has evolved over nine novels and two anthologies; I like to keep my books short. I don’t believe in padding or drawing out lengthy plot lines for the sake of filling pages. I’ve clashed several times with editors or potential agents who want to see 95 – 100 000 words. I’m with Jorge Luis Borges when he said it’s possible a full story can be told within a short story narrative. My books average from 55 000 – 75 000 and that’s the limit. I try to create page-turners and pace is essential.
The themes I constantly explore are the Hitchcockian idea of putting an ordinary person in an extraordinary situation or crisis and how they adapt or evolve (or in some cases) fail to.

Robert: I write out a twenty-five-word ‘pitch’ and then write a fifty-word synopsis, if it holds, a one hundred word, then a five hundred word and then a one-thousand-word synopsis. This is my skeleton for the story. The finished product sometimes never remains true, but at least I have a clear-cut road map.

Robert: The man standing at the funeral in bubble-gum pink hair is P.J. Crowe. His career as a detective is in tatters – he’s facing dismissal, vilified by the press and his wife’s about to leave. Lying low in a small seaside town he spots a ‘Help Wanted’ ad in the kitchen of a local café. It offers him an escape from the public and his spiralling mental health – and it’s where Thea Farrell worked – until she was found dead at sea.
And herein lies the problem: Thea was an Olympic medallist, silver for swimming and Crowe’s burned-out synapses are starting to join the dots – it wasn’t his case, but his cop’s senses tell him that Thea wasn’t the drowning kind. And the suspect may well be in the congregation.
This is the blurb to my latest novel released in May 2021. It’s a contemporary Irish Crime novel. But instead of it being a straight-up procedural, I have dropped my protagonist, Garda Inspector P.J. Crowe into a crisis both mentally, professionally, and personally and taken the story from there.

Alex: What was the first book you read?
​
Robert: Willard Price – Gorilla Adventure. I was about 7 or 8, and It’s the first one I really remember, and I truly loved it. It was set in Africa and had an evil poacher who had a glass eye who enjoyed killing animals. 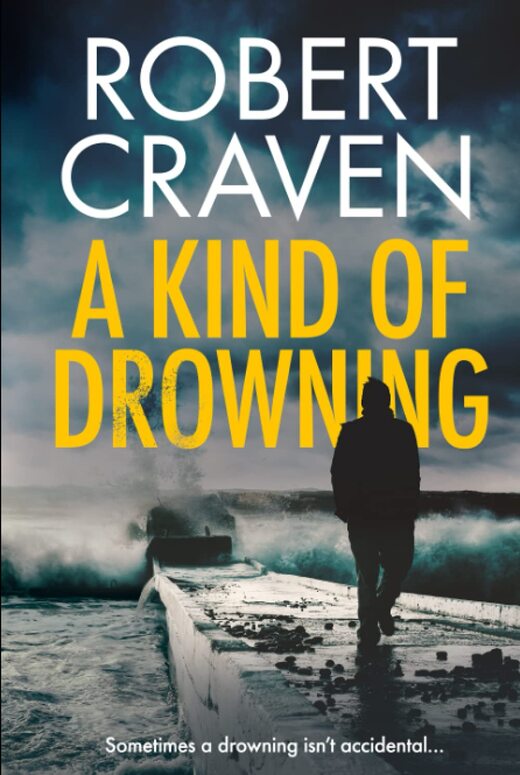 Robert: A lot! My five-book Eva series had a timeline from 1933 – 1946 and I immersed myself in the history of WW2. I read the biographies of Lenin, Hitler, Churchil, Roosevelt, Harry Truman, and Beria. I mined into Keith Lowe’s Savage Continent for the post war perspective in Europe. For the last Eva Adventure, Eagles Hunt Wolves, I worked with Dr Yossi Elran in the Wiezmann Institute in Israel for an encryption code the heroes had to crack.
I spoke to people who, though now in their 80s remember the Blitz in England and the rise of Mosley and his league of Fascists. I also listened to Polish colleagues in work who told me about their grandmother’s generation working a couriers for Allied intelligence in the year leading up to the invasion of Poland. From that, I made Eva a Polish character.

Robert: Yes, I draw on people I’ve met along the way; I try to shape my characters on their little traits; a voice or a turn of phrase. I keep my character descriptions brief, I let the reader see them rather than me describe them. I don’t believe in putting people I don’t like into a story and dishing out a grisly ending. One person I have deeply loathed comes across as a true hero in Eagles Hunt Wolves. I was stunned at the end result. (Still dislike them, though.)

Robert: Agent Running in the Field by John le Carre. He writes just so well. I think he got better and better after he moved away from Smiley and the circus. I think it's his best one since The Constant Gardener.
​
Alex: How do you market your books?

Robert: Social media (Twitter & Instagram mostly) and I designed and built my own website. I’m still learning about SEO and the mechanisms of promotion, but I use these tools primarily.

Robert: I have developed a love of cooking during the lockdown and cooked every day for twenty months. I have a few good showstoppers though I’ve yet the nerve to tackle baking. I love reading and listening to music. I still have my old road bass, a truly weather-beaten Squire Jazz. I take it out and groove occasionally. Living by the sea means I can enjoy long walks and I try to walk every day. My wife has me doing yoga, though I’ve a tendency to fall rather than create a perfect namaste.

Robert: The writers I truly admire are Lionel Davidson, Hilary Mantel, Mick Herron, Elmore Leonard, Anthony Bourdain, Grahame Greene, Ian Fleming, Stephen King, James Herbert, and John le Carre. Irish authors, John Banville, Maeve Binchy, Brendan Behan, and Frank O’Connor.
Of the new crop, C.J. Tudor, Sam Blake, Trevor Wood and Olivia Kiernan.
The common thread throughout is that these writers' command of language and their ability to transport me to the point that I am no longer just ‘reading’ a book. Some of their styles are gritty, some are at times overly commercial, but all hold your attention and each of these has produced a book I started again after finishing them!

Alex: Thank you so much for sharing this with us, Robert. Like you, I am also a big fan of John le Carre. I'm just reading The Constant Gardener, which is sublime.  Anyway, many thanks and good luck with your next book.

​Robert: It's been my pleasure, Alex. Thanks for having me over.