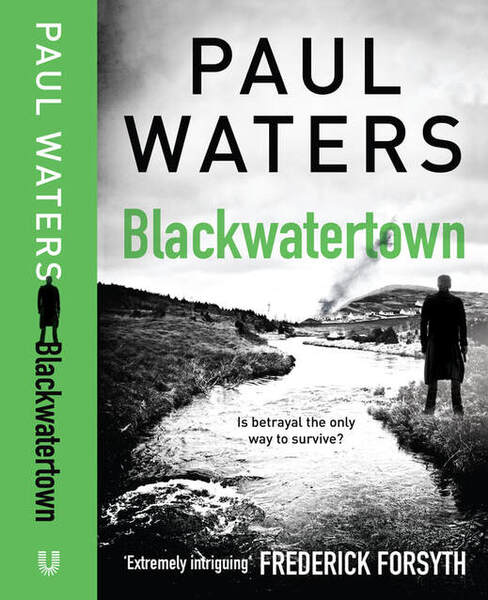 This magnificent tour de force is set in Northern Ireland in the 50s.

Paul Waters’ exceptional debut thriller is set in the Irish border village of Blackwatertown in the 1950s. The dialogue and sense of time and place have a completely authentic feel. You can almost smell the Irish peat and pints of Guinness. It’s one of those incredibly immersive books that grabs you by the collar and takes you there whether you like it or not.
It comes as little surprise then that Waters himself was born and brought up in Belfast and was involved in the political scene as a peace activist. Such books as this are always written by writers who really do know their characters and settings. And Waters clearly knows them very well indeed. It also has to be said that he writes majestically.
The story revolves around police sergeant Jolly Macken who is feeling jaded by his role in the police force but is compelled to find the killer of his younger brother who had followed him into the police and served in Blackwatertown prior to his untimely death. When Macken finds himself posted to Blackwatertown, he is in the perfect position to find out the truth about his younger brother. However, as a Roman Catholic in a police force that is primarily manned by Protestant Unionists, Macken’s position is a difficult one, to say the least. He has to tread carefully and watch his back.
Amid the politics and the outbursts of violence, there are deftly penned passages that will make you smile. One particular scene involving a dog and a wig is absolutely priceless.
But these wonderful details aside, the book at its core explores those deeply profound and universal themes of identity, trust, and love. And the two strands of the narrative that concern Macken and his brother are both ultimately governed not by politics but by tugs to the heartstrings.
This is a very human story with many surprising twists and turns. Its crescendo of a resolution is totally unexpected, painfully poignant, and heartrending. Blackwatertown is populated with characters who will move you and stay with you long after turning the final page. I couldn’t recommend it more wholeheartedly. It is a magnificent and powerful thriller that won’t disappoint. As a debut, it is nothing short of astonishing.