In conversation with
​Gila Green 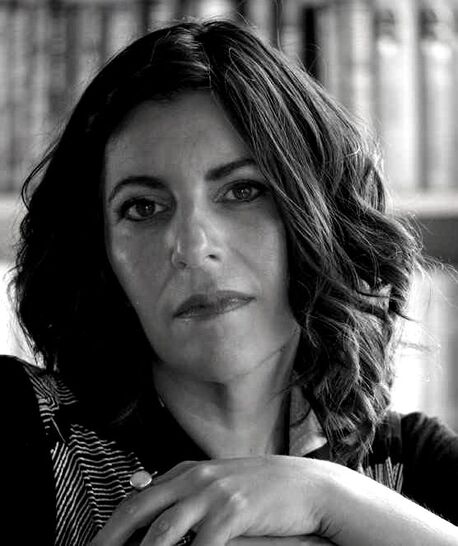 It gives me great pleasure to welcome Gila Green onto the website today. Gila is the author of four novels and her short stories have appeared in literary magazines in the US, Canada, Israel, Australia, Hong Kong and Ireland.

Alex: Tell me a bit about yourself, Gila.

Gila: First, thanks so much for having me on your site and including me in your forthcoming book.
I grew up in Ottawa, Canada. I live in Israel and before that I spent a lot of time traveling and lived in South Africa.
I have been a voracious reader for as long as I can remember, probably like most writers.
I did my first degree in journalism and English literature and then a master's in literature and creative writing.
My interests include travel, pilates, weight lifting, nature, baking, history, politics, psychology, education, in no particular order.
I teach English as a Second language to college students of a wide variety of backgrounds and I have five children. 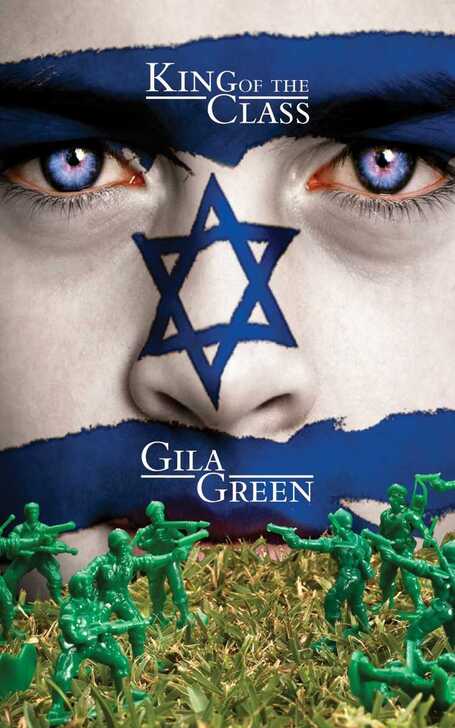 Gila: I don't seem to be very good at sticking to one target audience as far as age goes or one genre, against all of the "advice" out there.
I started as a short story writer, writing seriously in my thirties. After publishing a couple of dozen short stories, I moved on to novels and it took me two years to transition
to novel writing. You can still see my first published novel, King of the Class, is in two parts as I hadn't quite gotten the hang of a longer canvas. I definitely like to explore immigration, identity, alienation, outsider status. I've also written about elephant poaching and extinction. My writing often includes Jewish characters from North African and Middle Eastern backgrounds as I was always frustrated growing up that if there was a Jewish character whether in a book or on television, only European Jews were ever portrayed as if the other 50% of Jewry did not exist.

Gila: Definitely not a detailed synopsis, but I do plan where a novel begins and ends and most of the stops along the way. This normally gets changed 100% but I do start with a plan and then let it unfold.
A vague idea that lets a story unfold wastes too much time in my opinion and with five kids and a teaching career, my writing time is very valuable in as much as my first instinct would be to do just that, I fight it.​ 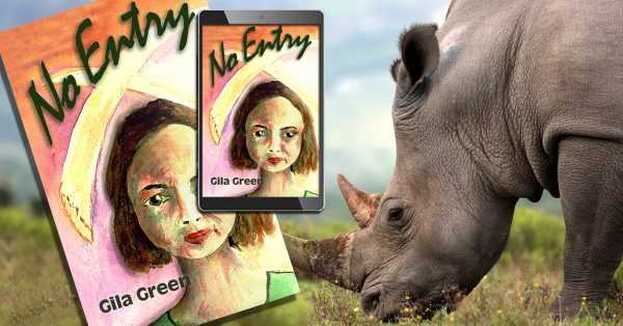 Gila: My latest novel is in third draft and the beta reading stage. This novel, unlike some of my others is an adult novel (vs. young adult) and is somewhere between a romance and a psychological thriller.
It started out as a romance with the idea that A. it's a challenge and I love a challenge when it comes to expanding my writer's canvas B. no one wants a depressing/trauma filled novel post-Covid-19. But so far my beta feedback has been that I've written more of a psychological thriller, so the jury is still out. I'll have to see what my agent says about it. The novel takes place in Toronto and features a neuro-diverse heroine who has OCD and anxiety and touches
on the themes of sexual harassment in the workplace and the fallout from a dysfunctional family, as I said, with a heavy dose of a perfect boyfriend that spells romance for the heroine.  My last novel explored narcissism and post trauma over the background of crime fiction. Before that I wrote a futuristic satire in which an Israel of the future is divided into one staunchly religious and one secular state; a novel in stories that spans Ottoman Palestine, British Controlled Palestine, pre-State and modern Israel, a New Adult book about a heroine who travels to Israel to find herself caught up in family secrets and a murder; and an environmental series that takes place in Kruger National Park about a heroine who happens upon an elephant poaching ring and risks her life to take it down. This book titled No Entry also has a sequel and was published in Australia. My first novel was published in Vancouver and my second and third novels were published in the USA.

Gila: I cannot say for sure. I have strong memories of Little Women and the Little House on the Prairie series by Laura Ingalls Wilder. I was very influenced by Canadian literature and read buckets of Canadian authors.

Gila: I do a lot of research. For my novel White Zion, I spent months researching the Ottoman Empire, British Control in the Middle East and the early days of Israel.
For No Entry, I spent months researching elephants, elephant conversation, South African history, and the ivory trade. I use a lot of maps in my work. I also interview people for scenes that I don't personally have actual knowledge of (say firing a gun or people who lived in certain time periods for historical fiction). My journalism background is great for research, interviewing and for teaching me how to keep to deadline. 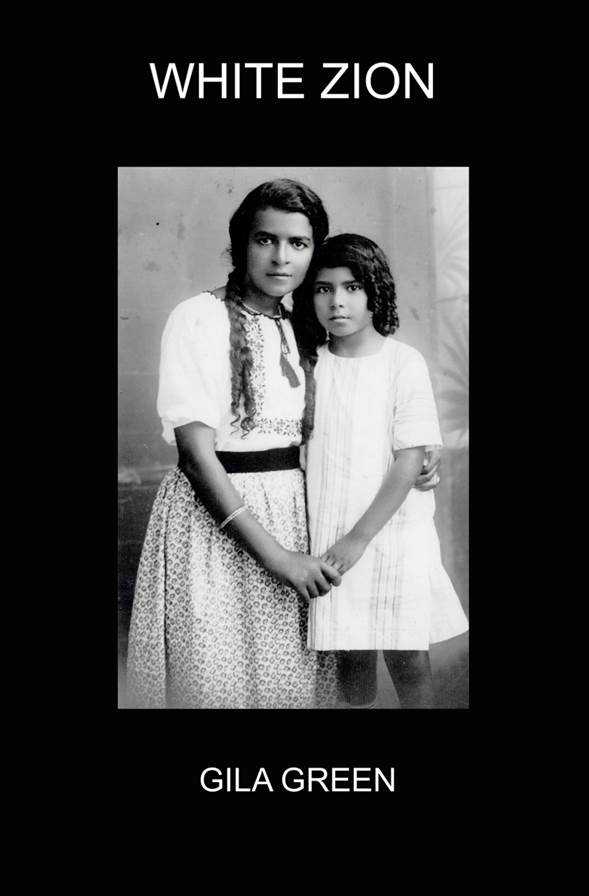 Gila: I do both. Some of my characters are entirely fictional, others are combinations of people I know in real life, a third category is people I know after they've been put under a microscope and had bits cut off;  I massively exaggerate a real person's characteristics to create a certain character and leave out others.

Gila: American Dirt by  Jeanine Cummins was hard to put down, but blown away. I read a book every weekend and it's been a long time since a book blew me away.
Maybe Temple Grandin's Thinking in Pictures: My Life with Autism.
I like historical fiction, international fiction and I read in a wide variety of genres.

Alex: How do you market your books?
​
Gila: I had a newsletter until Covid-19 and then my inbox was flooded with so many newsletters from people in every profession that I couldn't bear to add to the list.
I find the best way to market is to offer writing classes, which I have been doing online since 2009,  as well as editing services and to help other writers.
I interview a different writer every month on my website, which draws many more people to my site and makes me feel like I'm contributing to the literary community as a whole. I think the best route for writers is to help other writers rather than to see them as competition, which is never a good idea and it's a great way to market your work.
Right before Covid-19, I was an author at the Vancouver Jewish Book Festival, and I set up a number of talks in Ottawa and Toronto and those were very successful. I didn't know then it would be the last live talks I'd be giving for a very long time. ​ 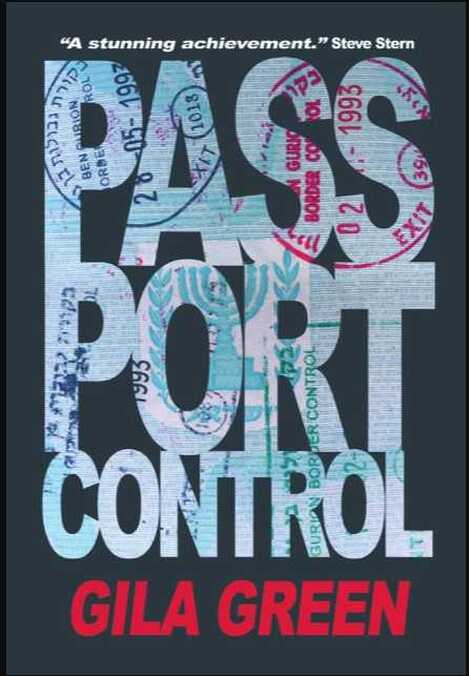 Gila: I spend a lot of time with my children who range from 14 - 23. They are my favorite people. We are big on three-course family dinners on weekends.
My husband and I are both jazz fans and we love the jazz clubs in Tel Aviv, as well as the wide variety of
restaurants. I enjoy weight lifting and pilates, biking and I hope to get back to travel.

Alex: I love jazz, too. Before Covid struck we'd spend Sunday afternoons listening to our friends' son Leo Richarson play tenor saxophone with his band. He's fabulously talented and his debut album The Chase was selected by The Times newspaper as one of the Top 10 Jazz albums of 2017. (I'm sure Leo won't mind the plug here.) Anyway, I digress. Which authors do you particularly admire and why?

Gila: I really love so many authors that I would probably give a different answer on any given day, but here is my answer for today.
I admire Alexander Chee. I relate to a lot of his writing, particularly his auto-fiction.
Tom Wolfe is another writer I admire, and read him particularly when I was writing short stories.
Truman Capote is someone on my list because I'm a fan of his writing.
Nicola Yoon was someone I read a lot when I was writing young adult work.
Of course, growing up I was a huge fan of both Margaret Atwood and Alice Munro who are both from my hometown of Ottawa and write a lot about that area. Place is a huge part of my writing and for me is another character in a novel.
Honestly, I've read so many Jewish authors, I wouldn't know where to start with this question, but if I had to pick two, I'd say Osip Mandelstam and Judy Blume.
The former because I love his poetry and the latter because I admire her talent and her ability to stay relevant.

Alex: Thank you so much Gila for such thoughtful and thought-provoking answers. Your novels sound really interesting; and will be added to my growing list of books to read. I could happily listen to you all day.