In conversation with Pramudith Rupasinghe 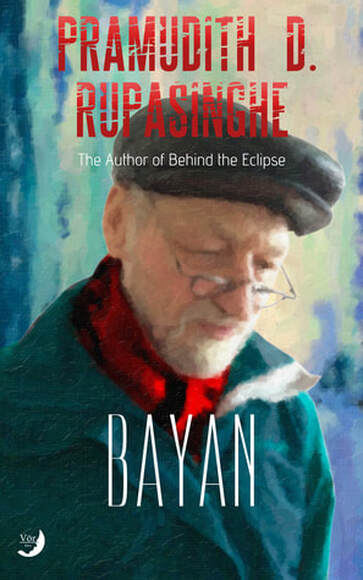 It is with great pleasure that I welcome Pramudith D. Rupasinghe onto the websitre today. Pramudith is a clinical psychologist and novelist whose work gives voice to some of the most dispossessed and forgotten communities on this planet. His books have sold more than 300,000 copies worldwide and been translated into 12 languages.

Alex: Tell me a bit about yourself.

Pramudith: I was born in Gampaha, a township very close to Sri Lanka’s capital Colombo and raised there till my mid-twenties when I decided to leave the country as a humanitarian. I worked in several parts of the world (except South America), being a part of a response to most of the disasters of the last two decades. As a humanitarian, I have witnessed human suffering of epic proportions and magnitudes and have lived in situations that only a few on this earth could endure. I think the difficulty of the work along with witnessing the adversities pushed me towards writing as a way of coping with them. It is therapeutic. Then I began to explore my wiring little by little. I do not remember whether I dreamt to become an author, but I used to write poems that were never published, and a short story (when I was 16). Poems of course I continued writing whenever I had the time and was in the mood. But honestly, I had no intention or dream of publishing them. I think I dreamt a very little about my future profession. Instead, I dreamt a lot about travelling, meeting different people, and exploring the unexplored; probably that was just an unconscious drive to explore what I read in the books. I used to read a lot. (Whatever piece of paper I come across I read). 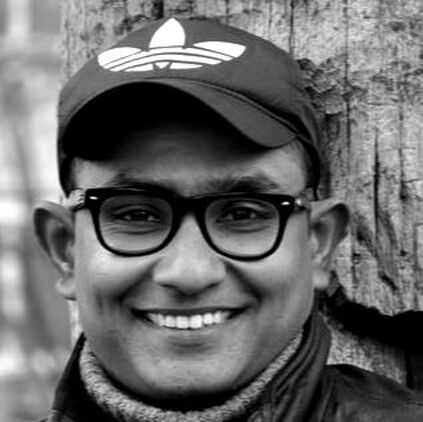 Pramudith: So far my writing is mostly inspired by the stories of people, and I am a person who loves to explore different cultures. I believe in the strength of diversity, and everyone's right to identity. Each of my books is set in different cultural and geographical contexts though they all tell “human stories”. However, I do not think that the fact that I have set all my previous books in different parts of the world, and not in Sri Lanka, make my identity any less Sri Lankan. If I find an interesting theme to write about Sri Lanka, I will do so for sure. And, I do not select themes based on financial potential. I strongly believe that the theme I select should have a positive impact on wider readership at a personal as well as societal level. One of the traits of literature is openness and liberty. I think that applies to everything; the themes are no exceptions. 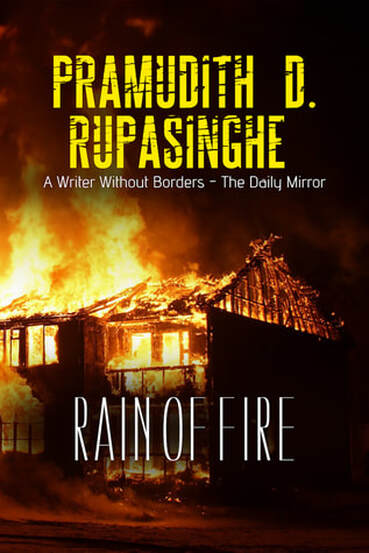 ​Pramudith: I let characters take on a life of their own and I live their life, but I keep the big picture in my mind all the time. Therefore I would say I am more a pantser than a plotter. I have never sketched a book. Instead, I go in head first chapter by chapter keeping the overall picture in my head, and often end up creating unexpected twists and turns in the story. The end is always a surprise for me. The end of Bayan was not something I planned at all.

Pramudith: Bayan is my latest work that was released in 2018, (I usually take 2-3 years over a book), and the story is set in North-Eastern part of today’s Ukraine. Bayan is an old Soviet type of accordion, which is not as sophisticated in its design, and the way it operates - requiring you to put a lot of effort into playing the melody with its small, stiff, round buttons while pumping air at the same time. The main character in the book, Ivan Nikolaevich, plays the bayan when he is sad, happy and indifferent. For him, it is his companion, no different to a good friend or partner - probably much more than that in fact. A companion who never judges him, always listens to him without boredom or resentment, accepts him unconditionally, and does not react to his actions. So while the bayan itself is a passive character, it also symbolises Soviet society, communism and the Soviet lifestyle since it is an iconic musical instrument with strong Soviet character. For these reasons, I believe there was no better suiting title for the book, even though the name itself does lose its meaning in English.
Other than Bayan, I have one other ongoing work in the pipeline. This is set in one of the largest brothels in Bangladesh. It depicts the unspoken realities of the life of sex-workers through a story of a girl who was sold to the brothel having been trafficked from a remote village in Chittagong. The book is supposed to be out in the early half of 2021. I intend to launch it in Bangladesh. 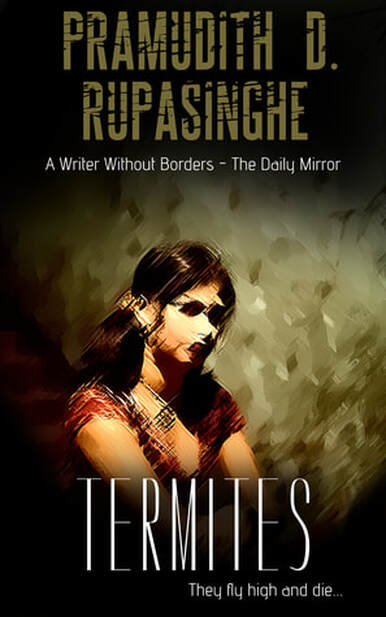 Pramudith: I actually write and set my stories in the geographical locations where I'm based. When I was writing Behind the Eclipse, I was based in Liberia and travelling to other countries affected by the Ebola crisis. When writing Bayan, I went to Ukraine and visited the places where the story takes place. For my ongoing work, which is set in several towns and cities in Bangladesh, I visited Cox Bazaar in 2017, and in a few weeks, I will visit Bangladesh again for finishing the work. Instead of desk reviews, or any other remote ways of fact-finding based on secondary information produced by someone else, I'd rather choose to get first-hand information by being physically present and directly interacting with people, places and cultures of the places where the story is set. Perhaps that's why the Daily Mirror of Sri Lanka has called me a Writer without Borders.

Pramudith: The books I have written so far have been inspired by true human stories, but I do not craft characters as people whom I have encountered. Literature, the work of fiction, does allow the writer to be much more creative with the little he could get from an interaction with another. To the little that I see of a person who inspires a character in a book, I would add the fictional elements to make it fit the story. But I can't deny that all the characters are somehow inspired by the real people on this earth. Oftentimes the imaginary work of a writer allows a character to host many individuals in one. 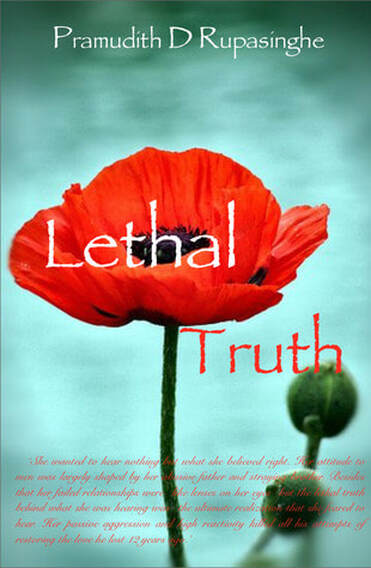 Pramudith: A Long Petal of the Sea by Isabelle Allende.

Pramudith: Today every profession has turned digital and been Influenced by technology. I think the publishing industry has become digitised to an unprecedented level. Though paperback and the hardcover are still the preferred book forms, ebooks have managed to secure their space in the world. Let's not forget that audiotape and video-tapes co-existed with CDs and DVDs for some time, and we did not realise sooner that tapes would be added to history. Similarly, we did not anticipate that the DVD player and the CD drives would disappear faster than they wiped out the tapes. The same rule applies to books. In my marketing strategy, I have recognised that people and their tastes are diverse. Therefore, first of all, I ensure that the book is accessible in all forms.
I am on all social media networks and interact with the readership on a weekly basis. There is a notion that social media isn't the right platform for authors. I think it’s a myth or a very conservative view. I believe social media is a good platform for authors, especially, Facebook, Twitter and Goodreads. I have a significant number of followers on social media.
Besides that, I participate in literary events across the world. After all, your physical presence is the most influential way of marketing. And, irrespective of the scale of popularity, I do not ignore any reviewer or interview when they reach out to me. I also reach out to reviewers personally.
I believe that ultimately, the primary responsibility in marketing your piece of work rests in your hand as an author. It's something we need to do. Even Ernest Hemingway sold his books on the street. Sometimes you need to roll-up your sleeves and work hard.

Pramudith: Between every long chapter, there is a long sweaty run. I do running a lot wherever I am. It is the way I start my day. I do cook, too. Usually, I make my breakfast and brew my own coffee every day - coffee art is something I am learning now.
Reading is one of my favourite recreational activities. I always choose a good book to escape from the busy world.

Pramudith: I like the books of Khalid Hosseini, Rosanna Lay, Michael Ondaatje, for their different and unique characteristics. Khalid Hosseini's exceptional skills in storytelling are incomparable. Rosanna Lay’s writing style is simple, easy to read, and most of her books are wonderful vacation-reads. Michael Ondaatje’s work is always profound and so well researched that their authenticity is the main characteristic I love in these stories that form such rich literature.

Alex: Thank you so much Pramudith for your time. It's been fascinating to hear you talk about your work.