In conversation with Jacqui Castle 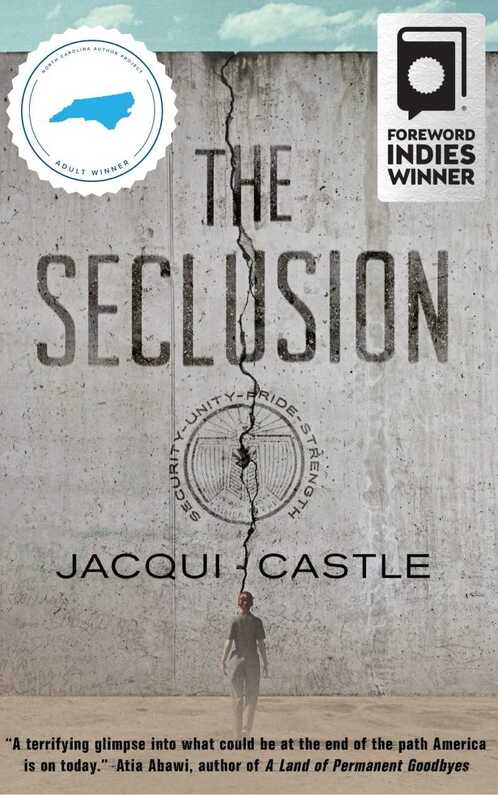 It's with great pleasure that I welcome Jacqui Castle onto the website today. Jacqui is a freelance journalist and novelist from North Carolina. Her debut novel The Seclusion was a Foreword Indies Book of the Year Award winner in the Science Fiction category. She was also named the 2020 Indie Author of the Year by the Indie Author Project – a collaboration between Library Journal and Biblioboard.

Alex: Jacqui, tell us a bit about yourself.

​Jacqui: I grew up in western Maryland and currently live outside of Asheville, NC with my husband, two kids, two dogs, a cat, and two bunnies. I've been a freelance writer and journalist for about fourteen years, and up until my first novel was published in 2018, all of my writing had been non-fiction.

Alex: How would you describe your writing, and are there particular themes that you like to explore?
​
Jacqui: So far all of my writing fits into the dystopian genre, though a current work of progress may slant more toward traditional science fiction or even horror. We will see where that story leads. I enjoy exploring traditional dystopian themes such as disinformation, survival, the importance of a free press, loss of individualism, and control by an overreaching government. Lately I've been feeling myself drawn to write more traditional scifi and horror, and so we will see where that leads over the next few years. The ability to explore real world what-ifs and fears through fiction is one of the main draws for me when it comes to writing. 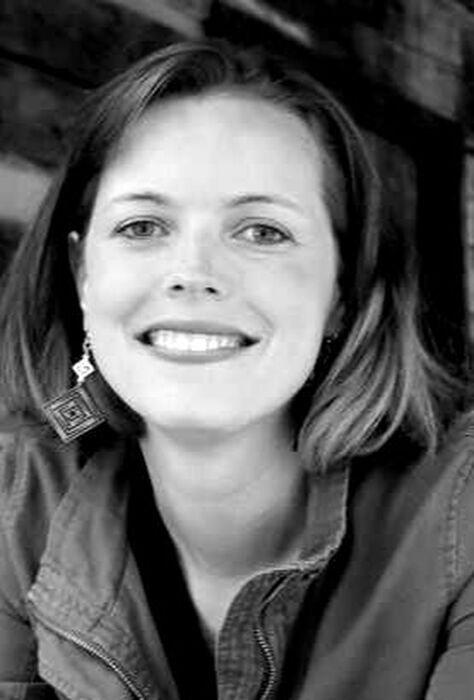 Jacqui: I am definitely, what they call in writing circles, a pantser, as opposed to a plotter. Outlining has never been my strong suit. I tend to have a vague idea of a beginning and an ending before I get started, and then I figure the plot out as I go, letting the characters lead as they develop.
My story usually comes to me in scenes. I will have an idea for a specific scene and then I will write it, and when I have enough I will start to piece it together and not everything makes the cut. Then, I usually go back and smooth out all of the pieces, making sure that my characters are true to themselves as the plot unfolds.

Jacqui: My in-production novel is the sequel to my novel that was published in 2018 - The Seclusion. It is a near-future dystopia that takes place in an America that has secluded itself from the rest of the world. The country is now run by a board of directors and all citizens are heavily surveilled. The story follows a young scientist who stumbles across something that makes her begin to question whether the history she was taught about her country is truthful, and this sets off a chain of events that sees her on the run after her father is arrested by the totalitarian leaders. The pandemic has shaken up production timelines a bit, but currently, we are aiming for a spring 2022 release for the sequel.

Jacqui: First book I read? I don't know if I could remember that one, as I was a big reader in elementary school. Two series that I  remember vividly from my past, that certainly helped with my love of reading, were Nancy Drew and Pippi Longstocking.

Jacqui: I tend to not do a ton of research during the drafting stage, and instead leave myself notes as I write to research something later. I find that when I research as I draft, that I tend to follow research down the rabbit hole, and get so fixated that I am not writing as much as I should be. When I leave comments, it allows the writing to flow more naturally, but I ensure that I go back and fact-check everything that needs it when I am at a natural pausing point.

Jacqui: Yes, and no. I have never based a character entirely on someone I know in real life, but I have given characters specific traits and personality quirks inspired by friends, family, and acquaintances. By the time the characters develop fully, they are their own entities.

Jacqui: I think my favorite book of 2020 was The City We Became by N.K. Jemisin.

Jacqui: I try to be open to any opportunity that comes my way, whether it be blog interviews, podcasts, or an invitation to a writing event or panel, and I aim to put something new out there every month. I am also known to be rather active on Twitter, and I do market on there a bit. However, I always like to keep in the back of my mind that the best way to market a book, is to write the next one.

Jacqui: Well, I have two children, and so most of my time outside of writing is spent with them, especially while we are all at home due to the pandemic. Generally, I'll opt for reading to unwind, but I also enjoy hiking and have been known to dive into the occasional puzzle or crocheting project.

Alex: Thank you so much for sharing this with us. And good luck with your latest book - not that you'll need it.

​Jacqui: Thank you, Alex. It's been a real pleasure.