In conversation with
​Ian Critchley 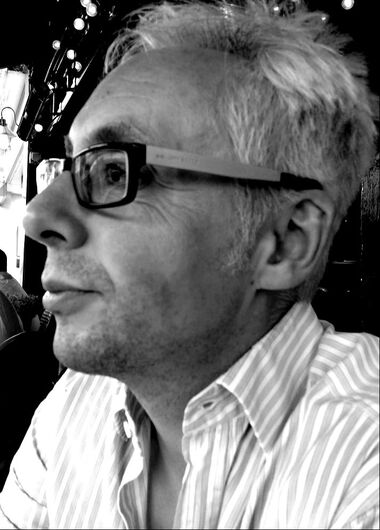 It is with great pleasure that I welcome Ian Critchley onto the website today. Besides writing plays, short stories and a novel that is currently in development, Ian also writes book reviews for the Sunday Times and Literary Review. His short story 'Hillman's Imp' was shortlisted for the prestigious H.G. Wells Short Story Competition in 2020.

Alex: Tell us a bit about yourself, Ian.

Ian: I was born and brought up in Watford. My dad was the guy you called to fix your washing machine or hoover. Sadly, I haven’t inherited any of his practical skills.
I’ve worked mainly as a journalist and publisher, including a stint in the town of Solwezi in Zambia’s Northwestern Province, where I produced materials for trainee teachers. I also lived in a travel writer’s shed in the Scottish Highlands for several months while attempting to write a novel. I’m now back in Hertfordshire.
I published my first short story in 1992. I thought I was on my way, but it took another seven years to publish my second. I’ve written constantly – stories, plays, novels – but there was a period of about a decade when I was so disheartened by my short stories that I didn’t try to publish any. Around 2016 I decided to try again. Some of the stories I’ve published since then were ones I abandoned at the turn of the century.

Alex: What was your first writing gig?
​
Ian: I always wanted to review books. Partly it was the lure of getting sent them for free. I had to cold-call a lot of editors many times to get my foot in the door, but eventually I started doing 100-word paperback reviews for the Sunday Times and Telegraph. For several years I reviewed 5-6 books per week, on top of a full-time job. Now I write fewer reviews at greater length, which is much less exhausting. 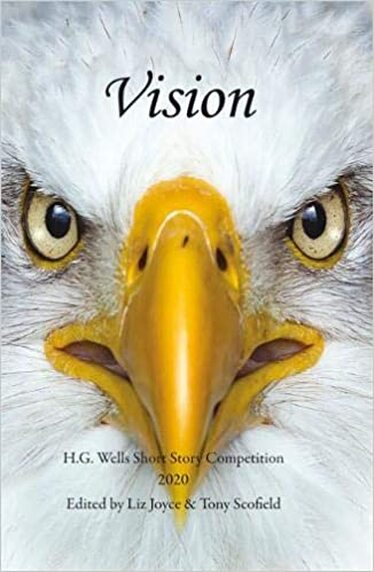 Alex: When writing a short story, is the process similar to writing an article in terms of researching and planning?

Ian: Book reviewing doesn’t always require much research beyond reading the actual book, and sometimes the deadline is so tight that there is barely enough time to read the book. If I have longer, I might read another book by the same author and track down interviews with them and articles by them. I do usually have a rough outline before I start writing. The first line is vitally important. If I have that, then the rest of it flows from there reasonably quickly and easily. If I don’t have it, the process can be torturous.
Writing a short story is both similar and utterly different. Similar in that having a structure and a first line help massively. Knowing the ending too is a great help. But the process is a lot more nebulous than writing an article. The story can come from anywhere: an image, a character, a line, a situation, and it can take many weeks or months or years to cohere into something intelligible (and many stories never get off the ground at all).
I used to be a ‘pantser’ in my fiction writing, starting without a clear idea of what I was going to write. Some writers swear by that, but for me it was a recipe for disaster. Now I plan quite carefully before I start writing, though it often changes drastically in the course of writing.

Alex: Tell us about your latest projects.

Ian: Like probably every short story writer, I’m working on a collection. It’s an ongoing process of trying to decide which of my stories are good enough.
I’m also rewriting a novel I ‘finished’ in 2016. I’ve long felt I had some unfinished business with it and found myself thinking of ways of doing the story differently, with a changed beginning and so on. So far, it’s going well, so fingers crossed.

Alex: Can you remember the first book you ever read?

Ian: My memory doesn’t stretch that far back! We didn’t have many books in the house, but I imagine it would have been something like Mr Bump. I was also obsessed with Enid Blyton and devoured the Magic Faraway Tree stories.

Ian: Writing fiction, I do everything to try and avoid research as far as possible for as long as possible. Right at the very start of the writing process you’re developing ideas, doing bits of reading here and there, but I rarely do anything substantial at that stage. I worry I might get so caught up in reading around the subject of a story or novel that I’ll never actually get down to writing it. Plus I don’t always know what I’m going to need to research until I’m some way into writing the book or story. There comes a time when I can’t avoid doing research any longer, but it’s usually when I’ve finished a couple of drafts.

Ian: Piranesi by Susannah Clarke. A beguiling and brilliant fantasy set in a mysterious, huge house, filled with massive statues, and where the lower floor is lapped by the sea.

Ian: I am tragically invested in the fortunes of Watford Football Club, but watching them play is definitely not something I do to unwind!
Having only ever played the recorder at school, I’m now teaching myself the piano. Learning the recorder has actually come in handy, as I realised I could already read the music on the treble clef. The base clef has proved more of a challenge, so more often than not my right hand doesn’t know what my left hand is doing, and vice versa.

Alex: Which writers do you particularly admire and why?

Ian: In my teens and twenties I fell in love with writers such as Jorge Luis Borges, Italo Calvino, Franz Kafka and Gabriel Garcia Marquez. So-called ‘Magic Realism’ had a huge influence on me. I’ve long been a fan of Paul Auster, too, particularly The Music of Chance and Leviathan.
More recently, I’ve loved the quartet of novels by Carlos Ruiz Zafon that make up The Cemetery of Forgotten Books series. In my day job as a copy editor I was fortunate to work on Anna Burns’ Milkman, which is one of the best novels I’ve read in recent years.

Alex: You are the first to mention Carlos Ruiz Zafon who sadly passed away last year. I, too loved his work, which was so exquisitely translated by Lucia Graves. I shall have to grab a copy of Anna Burns' Milkman. Anyway, thank you so much for sharing this, Ian. And good luck with the novel. I look forward to seeing it on the shelves.