In conversation with
​Grant Price 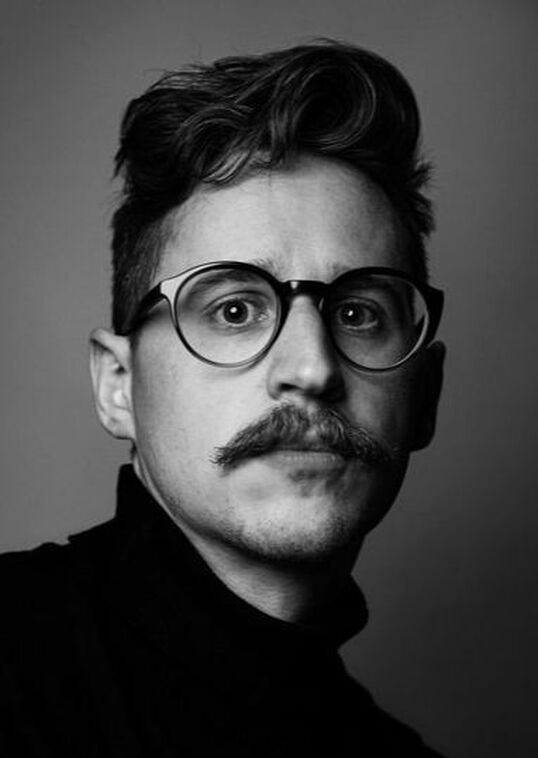 It is with great pleasure that I welcome Grant Price onto the website today. Grant has had three novels published. Of his second published book, By the Feet of Men, Publishers Weekly wrote the  following: 'This truly grim version of the future will keep readers riveted.'

Alex: Tell us a bit about yourself, Grant.

​Grant: I grew up in England, but thanks to Brexit I now have dual nationality (German). I’ve lived in Berlin for nearly seven years, which is possibly too many years, though I can’t think of anywhere else I’d want to live. Writing has always been there for me. I wrote silly things when I was a kid; as an adult, I write silly things with lofty intent.

Grant: “Staccato prose with a dry tone that occasionally loosens up a bit”. Sometimes I wish I didn’t write like this. I don’t even know how this ended up being the style I settled on. I’d prefer to be rounded and humorous and effortlessly intellectual, like Arundhati Roy. But then so would many people. Most of what I write is connected to the climate crisis in some way. Every day there’s a news article or a report published that drives home just how quickly the situation is deteriorating and how laissez-faire we remain about it. For example, the US returned to the Paris agreement a little while ago. Everybody claps. “It’s a step in the right direction!” But we already started in that direction more than four years ago. When we look at the most recent Global Emissions Gap report, we see virtually nobody is on track to meet their 2030 goals. It’s like that one friend everyone has who is always talking about the projects they’re going to do, but who never does them because the act of saying it is reward enough. Whenever I have a short story accepted for publication, I read the other contributions around it and I wonder how people can write about growing up with a difficult brother or working a miserable office job or harvesting corn in Iowa. That’s not to say everybody should be writing about global heating or that it’s somehow more of a public service to do so. But the spectre of climate-induced chaos casts a long shadow over everything, and I’ve yet to find a way to escape it. 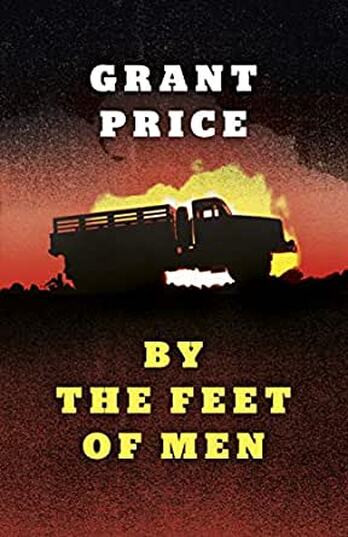 Grant: For novels I have an outline of each chapter. It’s easier that way. It doesn’t mean I stick to the outline; characters and threads can evolve in ways I hadn’t initially intended. Still, it’s good to have it there, especially on days when I’m tired, as I can open the file and see roughly what I’m supposed to be doing. I read an article once about Lee Child and how he approaches his Jack Reacher novels: each day he comes back to his manuscript with – he says – no idea at all of where the plot is going to go, and then just sits there until he has an idea for the next bit. I’m still not sure if I’m envious or sickened by that.

Grant: My latest novel that was ‘released’ is called Reality Testing, a cyberpunk/climate fiction story that I published independently because a. Germany has been in lockdown since the end of October and I desperately needed a distraction (promotion, getting reviews, worrying about sales figures, etc.), and b. a videogame called Cyberpunk 2077 was released in December, and I thought I would ride the big old wave of interest it generated. Then the game was the biggest failure since Enron. Now that the end of winter is in sight, I’m wondering if I should maybe have found a different distraction than throwing a novel to the self-publishing wolves. Maybe it won’t matter, though – a US publisher is considering Reality Testing for print publication at the moment.
My latest novel that I’ve written is called The Distance, and it’s about an Afghan boxer who arrives in Berlin during the 2015 refugee crisis. It was easier to work on than any other novel I’ve written so far. I think it only took around three months from start to finish. I’ll revise it later this year. 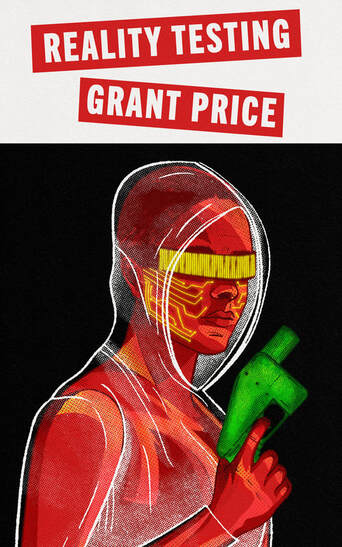 Grant: I have no idea. Some of the first that left an impact were Aesop’s Fables, The Iron Giant, Fantastic Mr Fox, The Hobbit and The Secret Diary of Adrian Mole.

​Grant: Research is a major part of the first and second drafts of a novel. They are the foundations. As long as your research is solid, you can build anything on top (it might not look pretty in the end, but at least it can’t be knocked over easily). For Reality Testing, I read many essays about AI capabilities, IoT, transhumanism, carbon-neutral/negative architecture and so on, and I read five or six cyberpunk novels to get in the zone. For The Distance, I watched around a hundred fights last year online, and read books like On Boxing and The Fight (and a bunch of novels). I also did boxing training four times a week. Corona stopped me from being able to go to any competitions, but if they can go ahead in Germany this year with a crowd, I’ll be there.

Grant: Only for The Distance, whose protagonist is based on a friend of mine from Afghanistan who has been living in Berlin for the past six years. It’s his story, really, but he can’t tell it because he’s too busy doing things like holding down a job and jumping through hoops so he can do an apprenticeship and trying to find an apartment in a systemically racist housing market and wondering if he’s going to get deported. I have no interest in being the straight white male telling an Own Voices story, but in some cases those voices would never get heard otherwise. I don’t know; it’s a delicate situation, but I’m hoping the novel will stand on its own and I’ll fade into the background.

Grant: Probably mine, to be honest. I’m joking. The last amazing one was Burn, Beautiful Soul by William Donahue. The man has an excellent sense of comic timing. I’m reading Leviathan Wakes by James Corey at the moment and while the writing is kind of standard, it’s one of those novels where I’m thinking about it when I’m not reading, and when I do have the time to read it, I can just sink into it completely.

Grant: My apartment is close to Alexanderplatz, so I stand at the window and scream the ISBN number to passers-by. And that’s how By the Feet of Men sold 900 copies. But in reality: by putting in endless hours contacting book bloggers, sites and magazines, scheduling promotions, running Facebook ads, giving away books for free, paying for spots on NetGalley, badgering friends, keeping my website updated, etc. I hate it all.

Grant: I have been boxing for a while now, and it’s the first time I’ve done a sport where it clicked instantly. In non-dystopian times, I travel and take photos and oscillate between drinking cheap beers in honest bars and expensive cocktails in dishonest bars. For the past year, though, I’ve mainly been relearning thrash metal guitar solos, playing video games and watching old sci fi movies, because if you can’t regress during lockdown, then when can you?
​
Alex: Which authors do you particularly admire and why?

Grant: Authors who can write short sentences that contain all the meaning in the world, like Yaa Gyasi or Chimamanda Ngozi Adichie or William Gibson. Authors who have other full-time commitments but who can produce quality fiction and non-fiction anyway (people like Roxane Gay or Amber Sparks). Authors who are trying desperately to draw attention to the climate crisis with everything they do, like George Monbiot and David Wallace-Wells. And any author who manages to break the 100-review barrier on Amazon. That’s no small feat.

Alex: Thank you so much for sharing this with us, Grant. I really enjoyed By the Feet of Men by the way. And best of luck with your latest novel. I look forward to reading it when it comes out.

Grant: Thank you, Alex. It's really good of you to ask me on.  ​
GRANT'S WEBSITE