In conversation with Glynn Holloway ​
It is with great pleasure that I welcome Glynn Holloway onto the website today. Glenn is the author of 1066 What Fates Impose - an epic retelling of the events leading up to that famous conflict. It's a historical novel that has been widely praised. LibraryThing descibed it as being "packed with historical detail." A book in which "you really get a sense of the time period and setting."

Alex: Glynn, tell us a bit about yourself.

Glynn: I was born and grew up in Stafford and when I left school, I became a compositor on the local newspaper. In my early twenties we changed the way we printed from a process that Gutenberg or Caxton would recognize and changed to photo filmsetting. I can remember the exact moment I discovered the future had arrived and my place in it uncertain. I left my job and after several years spent in education and travelling, I became a careers advisor. From there I worked in adult education, further education, and higher education. It was only once I’d left work that I started writing. I’m a history graduate and when my wife gave me a book about Harold Godwinson as a Christmas present, I had to know more. After reading as much as I could discover about Harold, his family, and the era, I decided someone ought to write a book about such an interesting and exciting time. It turned out to be me.

Alex: How would you describe your writing? Are there particular themes you like to explore?

Glynn: Obviously, history and the people caught up in it, which is everybody really. In my first novel the key players were the aristocracy, and the story revolves mainly around them. The sequel sees the survivors, after the aristocracy has all but been wiped out, people of more humble background stepping up to fight for their freedom. So, the themes I like to explore are the ones we all like to explore; life, death, conflict, love, loss, and everything that makes for the human condition. 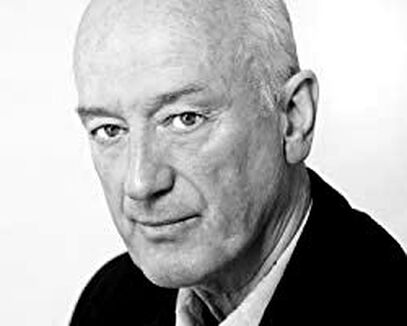 ​Alex: Are you a writer that likes to plan a detailed synopsis, or do you set out with a vague idea and let the story unfold as you write?

​Glynn: I have a roll of lining paper and spend quite a bit of time scrawling character arcs, etc., onto it. Once I have enough of a picture I start to write. I know where I’m going to start and finish, the trouble is my characters don’t. It’s interesting how they develop from one-line extras into lead characters. There are several of these people who have progressed from secondary characters in my first novel to main protagonists in the sequel.
Alex: Tell us about your latest novel.

Glynn: My latest novel, which will be available later this year, follows on from the first, 1066 What Fates Impose, which ended at the Battle of Hastings. With its king and most of the aristocracy dead, England is leaderless. There are a few contenders for the crown but none of them has the following needed to overthrow the Conqueror. As the Normans commit atrocities the length and breadth of the kingdom, the English put up a fierce resistance. The story is one of hope and survival and follows the fortunes of some of the people caught up in horrendous events.

Glynn: Malay Canoe by Clive Dalton. I read it in hospital when I was a boy being treated for appendicitis. It transported me to a part of the world that was far away from the surgical ward and took me on an adventure with three other boys. Apart from anything else, I think it gave me a kind of wanderlust.

Glynn: Lots. I’ve visited all of the places I’ve written about, although I’ll be the first to admit that some of them might have changed a little in the last nine-hundred-and-fifty years. After the visits, there’s the journals, books and websites. Once I have a detailed knowledge of the key events and central characters, I begin writing but even then, I have more research to do, usually about some detail or another, say, a herbal cure or if a certain flower or vegetable existed in England at the time.

Alex: Do you ever base characters on people you’ve met in real life?

Glynn: Yes. One or two of the characters in my novels are people I know or have known at some time. I start writing and they turn into someone I know. I find it much easier to write about characters that way as it feels like I’m already familiar with them, their mannerisms, habits, etc. Other characters turn into the finished article as I write about them and that can be fun too.

Alex: What was the last book you read that blew you away?

Glynn: Waterland by Graham Swift. I don’t know why I hadn’t read it before. I read, Last Orders, years and enjoyed it immensely. I always meant to read another of his novels, it just took me years to get around to it.

Glynn: Reviews seem to help a great deal in gaining attention, particularly if they’re from a trusted source. I write historical fiction and so a great review from the Historical Novel Society helped raise my novel’s profile. Bloggers, especially in the genre, are a great help and winning a gold medal in the Wishing Shelf’s 2014 competition did me no harm at all and might explain my East European claim to stardom. Number one bestselling eBook (only on one platform, I’m afraid) in Estonia, and still doing fairly well in Scandinavia and one or two other places.

Alex: What are your interests aside from writing and what do you do to unwind?

Alex: Which authors do you particularly admire and why?
​
Glynn: Carlos Luiz Zafon, manages to mix fantasy and reality in a way no other can, for me at least.
Richard Ford, who manages to depict modern life in an astute and affectionate way without backing away from its disturbing aspects.
George Orwell, because of his directness and because I wish I had his political insight.

Alex: Thank you so much for sharing this with us Glynn. It's been fascinating.

​Glynn: Thank you for having me on. I appreciate it.