In conversation with
​Fran Hill 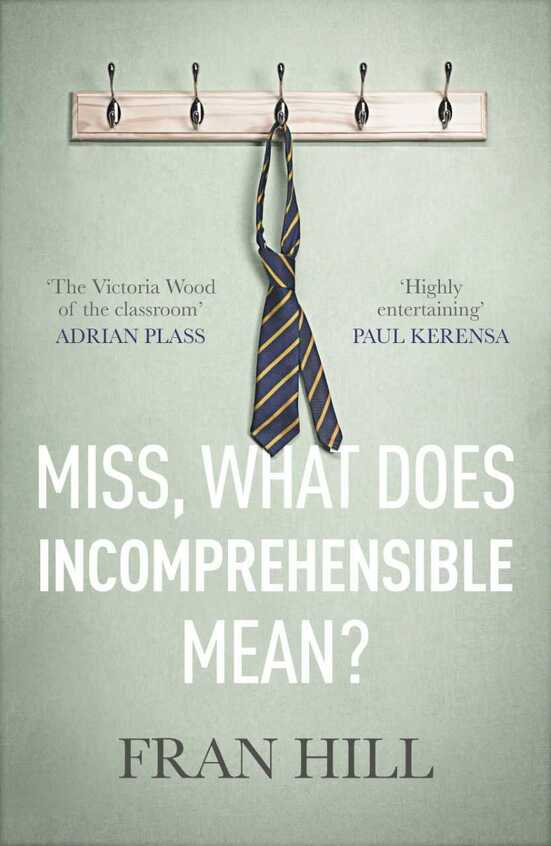 It gives me great pleasure to welcome Fran Hill onto the website today. Fran is a teacher with two published books behind her and a third waiting to burst out of her laptop. She was recently described by the author Adrian Plass as the 'Victoria Wood of the classroom.'

Alex: Tell me a bit about yourself, Fran.

Fran: I was born in Leamington Spa and brought up in the area, going into care in my teens because of a difficult family situation. I moved to London in the late 1970s to start my first career as a medical secretary but relocated back to Leamington 12 years ago. I wrote angst-filled poems about existential despair as a teen but also comic poems - I wrote one for my foster mother called Leg Pie when she went into hospital for a knee operation: not my most tactful writing. Throughout my twenties I spoiled people's celebratory occasions with insult-peppered poems about them. In my thirties, I attended creative writing classes to grow my writing up a bit, and that's when I began submitting articles and stories. This coincided with a career change from the NHS into teaching and some of my early accepted pieces were in the Times Educational Supplement. I wrote for them throughout my 16 year schoolteaching career. I'm married to a musician-turned-gardener and have three grown-up children and two grandchildren. I'm now a self-employed writer and tutor.

​Alex: How would you describe your writing, and are there particular themes that you like to explore? 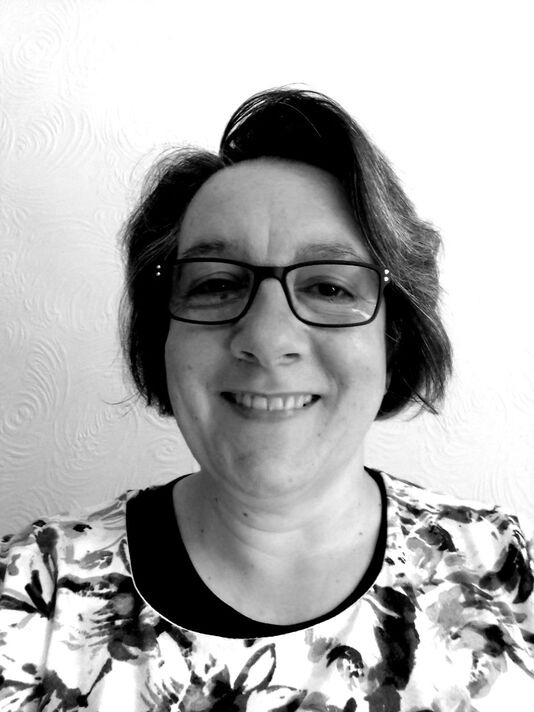 Fran: I was selected in 2016 for Writing West Midlands' emerging writer scheme, called Room 204, which is a fabulous opportunity I'd encourage any West Midlands writer to apply for. Through that, I learned not to label myself as a writer. I'd thought of myself then as a funny writer or humour writer but then got offended if I wrote a serious blog about a painful childhood memory and received more comments for that than my comic stories or poems. So I stopped categorising myself. Now, my comic writing tends to touch on very serious themes and any serious writing contains touches of comedy: I can't help mixing the two, and maybe that's because there's such a fine line between them. Sometimes it's hard to tell the difference. Peter Ustinov said that comedy was just a funny way of being serious. I agree with that. One common theme across all my writing is people and their frailties, especially in work and family relationships. This includes me, unfortunately.

Fran: I have changed my practice in this regard. I've always been a planner before. For my current work-in-progress, however, which is a novel, I find myself writing scenes out of order. This is mainly a strategy to get me writing and stop me procrastinating. It helps to think, 'I know - I'll write the scene in which she visits him in prison'. Even though it won't appear until later in the book, I know that one's done, and I can play with it later so that it fits in. I do have a synopsis written, though, mainly because if you enter a competition they ask for one, and I've entered a couple. So I do know where the novel ends. I think.

Fran: I've written a couple of full novels and several half-novels. They live in my laptop and haven't unfortunately made it onto bookshelves. My first book, Being Miss was a self-published novella (2014) about a day in the life of a teacher. My second book, published May 2020, is called Miss, What Does Incomprehensible Mean? and is a funny memoir in diary form of a typical teaching year. So, if the book I'm writing now escapes the laptop and makes it out there, it would be my first published full-length novel. It's set in 1976 and is about what happens when foster care goes wrong. My narrator is a fourteen-year-old called Jackie with a wicked sense of humour and a keen observational eye as she watches adults who should know better crumble around her just when she needs them most.

Fran: I have a very strong memory of being taught by my dad to read when I was only three. This is virtually all he did for me as he disappeared from my life with great speed - cheers, Dad. But I can remember being in a library at that age and astounding a librarian with my reading skills. So, my first book was probably a Dr Seuss or something similar. As an older child, I was addicted to Enid Blyton's world of mothers who baked scones, stirred sugar into homemade lemonade and wore a floury apron. This was so opposite to my own experience, it hurt.

Fran: For my books on teaching, all the research I needed was to work 60-70 hours a week as an English teacher and suffer continual insomnia. For my current novel, I'm researching the 1970s and re-living the days of Arctic Rolls and cheesecloth shirts. I lived through those days but so long ago my brain is like those little polystyrene lozenges that come in Amazon boxes. I'll also need to check my facts on social work and its practices as although I had several social workers as a teenager, I didn't know what went on behind the scenes. Reading Lemn Sissay's My Name is Why has helped enormously.

Fran: My two books about teaching have contained composites of events, settings and characters from real life. For instance, Sally in Miss, What Does Incomprehensible Mean? is a mixture of several lovely colleagues I've known who supported the English department with regular cake and generosity of spirit. The book I'm writing now is loosely based on my memories of being temporarily fostered as a twelve-year-old but the characters are all fictional. That foster family had a dalmatian, though, and he's made it into the book. I can't remember what their dog was called. This fictional one is called Spotless and I love him.

Fran: I read Where the Crawdads Sing by Delia Owens over Christmas and could not put that down: such beautiful writing and a main character I identified with strongly.

​Fran: I am not a natural saleswoman. Recently, two neighbours approached me and said they'd love to buy my book. 'Why buy two?' I said. 'You live opposite each other. Once one of you has finished it ...'  This tells you how bad I am at marketing. But I do my best by getting involved in conversations on Twitter and Facebook and I do have a website that I am learning how to edit for myself. I've also done a few radio interviews and am learning to relax in those. Book sales have been helped by lovely people passing on the news or interviewing me for their sites. My memoir was published in May during the first lockdown. I held my book launch on Facebook Live from my front room. A hundred or so turned up and it became an hour of free entertainment. I enjoyed it hugely but shook like a whole tree of leaves for two hours afterwards.

Fran: I love to read, visit the theatre, meet up with family, mix with church friends, play guitar and listen to radio or podcasts. I really enjoy cooking and am a sucker for any cookery programmes or celebritychefumentaries. I try to unwind with crosswords but then wind myself up again when I can't get that one last clue. I am trying to like walking more.

Fran: Currently, I'm admiring Deborah Moggach: she writes about people with such a keen eye. I've also read every Elizabeth Strout book - I love her grumpy heroine, Olive Kitteridge, and am turning into her. But I also like anyone who's truly belly-laugh funny: P G Wodehouse, Dorothy Parker, Sue Townsend, Jane Austen, David Sedaris ... they all send up the human race in sharp but affectionate voices. One new writer I admire and whose book I was honoured to endorse is Ruth Leigh: her first novel is called The Diary of Isabella M Smugge and is, again, very funny social comedy but with tragic undertones - my ideal combo.

Alex: Thank you so much for sharing your writing journey, Fran. I'm looking forward to reading Miss, What Does Incomprehensible Mean?  And Where the Crawdads Sing is on my list. It's been lovely having you on.