In conversation with Christopher Bowden 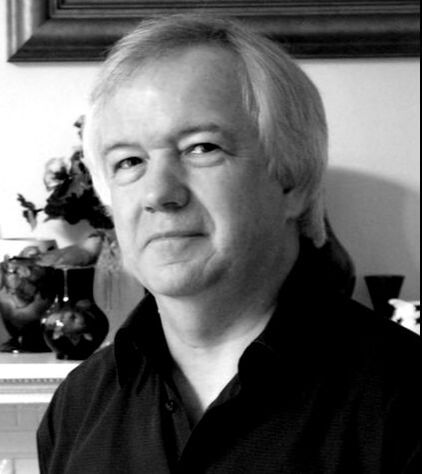 It is with enormous pleasure that I welcome Christopher Bowden onto the website today. Christopher lives in south London and is the author of six novels, some of which have been praised by the likes of Andrew Marr, Julian Fellowes, Sir Derek Jacobi and Shena Mackay. He is currently writing a seventh.

Alex: Can you tell us a bit about yourself, Christopher?

Christopher: What can I tell you? I can claim to have been at school with Joe Strummer; shared chocolate-covered peanuts with Benazir Bhutto at a cinema in Oxford; had a lift with Jacques Cousteau in Nairobi; had a haircut (pudding-basin style) by the airport barber in Tirana (Albania) before being allowed entry; and eaten crocodile in Cape town and alligator in New Orleans.

Alex: Right... Just give me a few moments to take that in. Wow... Moving swiftly on, how would you describe your writing, and are there particular themes that you like to explore?

Christopher: All the novels are what I call literary mysteries, by which I mean literary fiction that develops and explores the plot and themes through mysteries in the form of problems to be solved or things or people to be traced. What or who these are varies from book to book. But they all involve detection and deduction on the part of the main protagonists. There are no detectives in the conventional sense, no policemen or private eyes.
The books are free-standing but there are some common characters, themes and places. They involve searches triggered by items found or lost unexpectedly, the influence of the past on the present, the potential for chance occurrences to change people’s lives and thus the future too. And how far we are in control of events: the quests or searches on which characters embark, are they doing it of their own volition or are they being drawn or manipulated in some way? 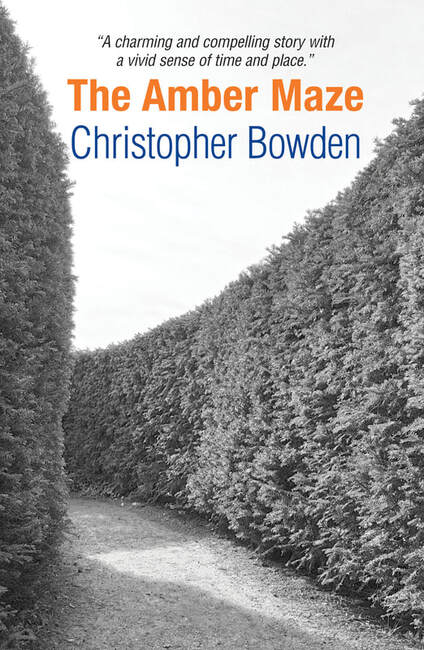 ​Alex: Why colours in the titles?

Christopher: The first one was called The Blue Book simply because I liked the title and the book in question did indeed have a blue cover. But I realised that colours had wider title possibilities so I have developed that approach, with each colour related to objects or places or themes in the novels themselves. For example, the second, The Yellow Room, features a room of that name in a country house and explores various meanings of yellow. The Red House is a fictitious building on the east coast, in which a troupe of actors perform plays that have no audience. The Green Door is named for the cottage with a green door in which an errant fortune teller goes to ground after stealing a Victorian mourning locket. And so on.

Alex: Are you a writer that plans a detailed synopsis or do you set out with a vague idea and let the story unfold as you write?
​
Christopher: I need a few ideas to kick-start the process but, after that, I find plot and themes develop in the writing. It helps that I know some of the characters and places from previous books but that does not inhibit the creation of new ones. I don’t know how a book will end when I start it. Finding out what will happen is part of the pleasure of writing it and, I hope, of reading it too.

Alex: Tell us about your latest novel.
​
Christopher: The fifth novel, The Purple Shadow, has a picture (one half of a double-portrait) at its heart but the book is not so much about painting as the relationship of the long-dead people portrayed and the attempt to re-unite them through the search for the missing half. The latest, The Amber Maze, also features art and artists but the focus is on what influences the creative process and how the painter in question responds to it. He remains unknown in his lifetime, to emerge triumphantly from obscurity fifty years later.
The novel is set largely in the present day but there are glimpses of a country house (which may well have a maze in the grounds) before the First World War. It is located conveniently close to Oxford where events also take place. And we see Camden Town in the 1960s, which still had a raffish feel, reminiscent of the earlier world of Sickert, who had a house just down the road from the one in the book. 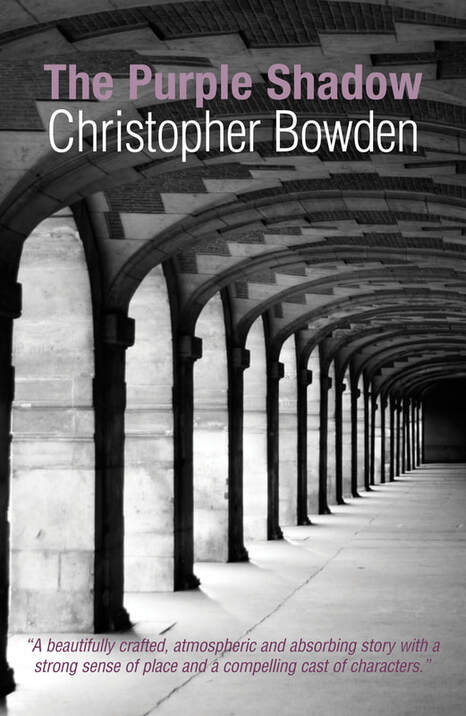 Christopher: A fair amount, mainly after the writing is underway. A mixture of books (fact and fiction), internet research (especially for fact checking) and visits to places that feature in the novels, either as themselves or in disguise.

Christopher: Not directly. They are creations and do not correspond to real individuals. That said, creating the characters (appearance, voice, foibles etc) inevitably draws upon the stock of experience of people known or observed or simply overheard.

Christopher: Apart from publicity when a book is published (eg press releases, postcards and launch events), I do occasional online articles and interviews, have participated in blog tours and events such as fairs, signings and talks to libraries, book groups and the odd festival. Sadly, no events in 2020, though. Bookshops have, of course, been closed for part of the time too and the people who read my books are not always attuned to buying them online.

Alex: What are your interests aside from writing? And what do you do to unwind?
​
Christopher: Gardens and gardening, reading, films, theatre, galleries, travel. They also feed into the writing in one way or another but activities have been rather constrained over the past year.

Alex: Which authors do you particularly admire and why?
​
Christopher: Paul Auster and William Boyd for plot, character and evocation of time and place, Barbara Comyns and Barbara Pym for a certain kind of English quirkiness, and the ‘strange fiction’ of writers as different as Shirley Jackson and Reggie Oliver.

Alex: Thank you for sharing this Christopher, and best of luck with your latest book.

Christopher: The pleasure is mine. And thank you Alex for asking me along. 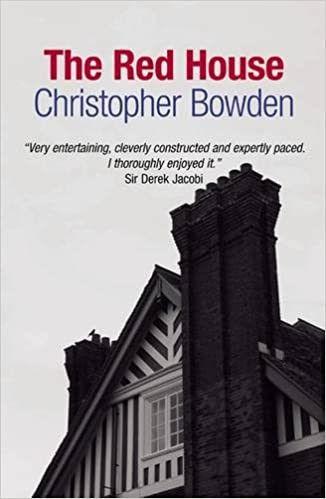 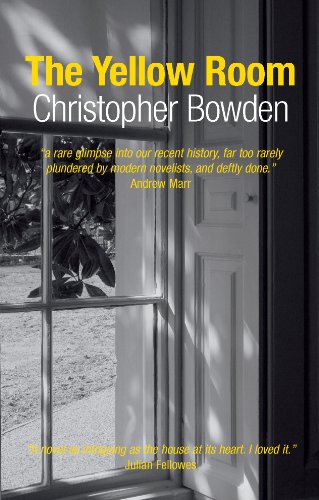