In conversation with Charles Harris 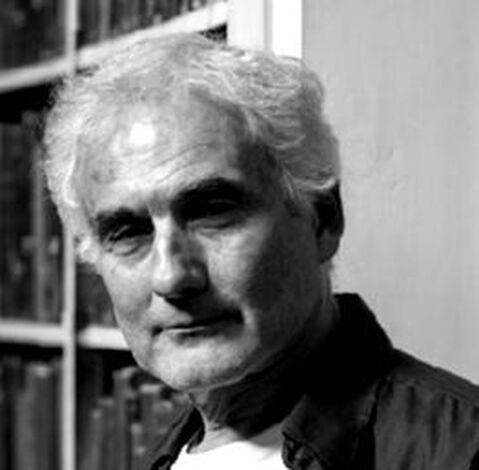 It is with great pleasure that I welcome Charles Harris onto the website today. Charles is an award-winning screenwriter/ director and bestselling novelist. He is also co-founder of the world's first screewriters' workshop.

Alex: Tell us a bit about yourself, Charles.

Charles: I was brought up in South London. My father was a draper. Both parents read constantly, though they didn't write, except my father avidly  posted letters of complaint , especially to newspapers. I myself started writing when I was young - though I didn't think of it as "writing". I scribbled in diaries, created theatre plays for puppets and wrote parodies of authors I'd never heard of, but somehow had absorbed through the ether. I remember one day my English teacher praised me for a comic piece I'd written, which he said was a sharp spoof of Hemingway's style. I rushed off to find out who this Hemingway guy was!
I was also very keen on anything visual or musical - photography, film, painting, piano (though I was a hesitant pianist and froze if anyone was listening). I became an amateur film-maker when I persuaded my dad to give me an 8mm camera for my barmitzvah and decided I was going to be a film director. I had no idea how a normal human being became such an exalted person. The father of a girl I knew was a screenwriter. He advised me that the best way was to write screenplays. So I started doing that.
Later, I dropped out of Cambridge to go to film school and then the film school dropped out of me, as it were, by going bust. So I began working my way in the film industry, from assistant to film editor to documentary director. That led to drama and then cinema.  All the time, I was writing  - pitches, outlines, scripts, short stories, fragments of novels.
However, much as I loved film work, I hated all the waiting around: waiting to find a producer, waiting for finance, waiting for weather, waiting for the lighting to be ready... In the time that it took to make one movie, you could write a dozen books. I also realised that I quite liked writing the description in screenplays, but nobody ever got to see those. Then it occurred to me that writing a novel was not unlike directing, except without all the delays. In addition, I didn't have to rely on finance. I could do all sorts of thing in my books that would be too expensive to do on film - and at no cost. At that point, I was hooked. 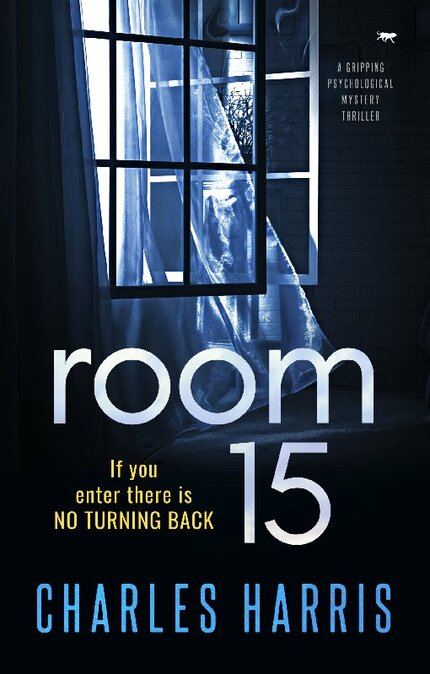 ​Alex: How would you describe your writing, and are there particular themes that you like to explore?

Charles: For obvious reasons, given my background, people say that my writing is visual. However, to be a good writer you need to do all the things well: the other side of the coin from not having to wait for others, is that you have to do all their jobs. A novelist is director, actor,  location manager, set designer, catering, costume.... all at the same time.
But that's just the surface. I want to tell stories that entertain, but also deal with an issue that's worth thinking about. My first novel, The Breaking of Liam Glass, was about how nice people end up doing nasty things to others, while still being able to look at themselves in the mirror. My latest, Room 15 is in part about how little we know about who we really are.
Then there's comedy, where the character looks into the depths, screams in horror, puts his hands over his eyes and runs in the opposite direction. That can be fun too.

Charles: I'm somewhere in the middle. I can't write if the plan is too vague. I admire the people who can, but that's not me. Usually. The great thing about writing is that every rule you create immediately makes you think of its opposite. I did once write a screenplay with no plan. I couldn't work out a structure, so I just started writing. That turned out, ironically, to be my most successful film script. So who knows?
Having said that, I can't write to a synopsis that's too restrictive. I need room to improvise. It's like going on holiday. If you don't book anything, you risk turning up and finding there's no room in the hotel. But if you overplan, you end up stuck on a boat trip in the rain. 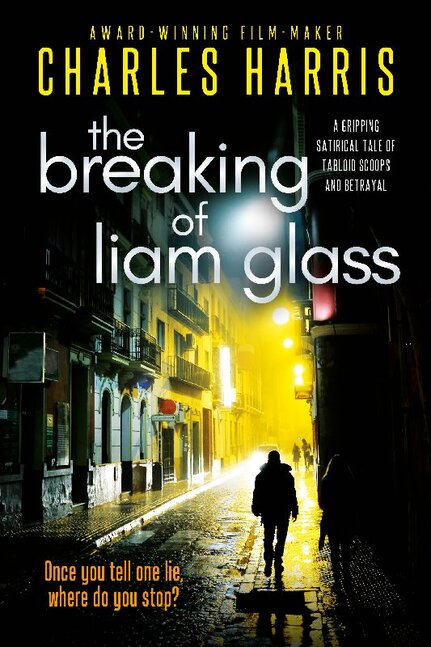 Charles: Initially, no. For both, I develop from small to big - first the premise. When I have one that excites me, I begin planning the overall shape. Then I begin filling in details. In parallel with this, I will jot down scraps, brainstorm scenes, improvise pieces of dialogue, to keep the idea fresh. It's a process I've developed over years of making mistakes and looking for better ways. (I go through the process, step by step, in my book Teach Yourself: Complete Screenwriting Course.)

Alex: Tell us about your latest project.

Charles: My latest book - Room 15 - came out last year. It's a psychological mystery thriller about a detective with amnesia. I wanted to explore what amnesia does to a person - how much of our personality is wrapped up in our memory and how much is buried more deeply.
In the novel, Detective Inspector Ross Blackleigh has lost the last eighteen months of his life. He grows to suspect that he witnessed the very murder he's investigating and - worse - that someone close to him is trying to kill him before he gets his memory back.
What interested me was that it's a double investigation. On one level, he's investigating a murder - but at the same time he's investigating his own faulty mind. 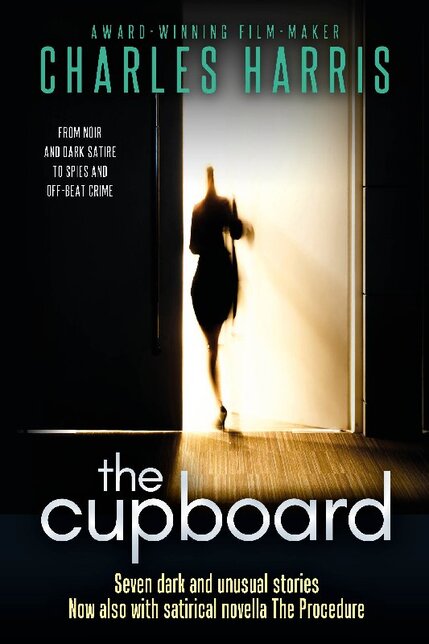 Charles: I don't remember. I do remember that I devoured books voraciously. Anything and everything. Adventure stories, comics, annuals, schoolboy and schoolgirl books, sports, children's encyclopedias, you name it. I was lucky in that my grandmother volunteered at a children's hospital in Brighton and brought back all kinds of books she said that the children weren't interested in. Their loss was my gain.

Alex: How much research do you do and what does it usually entail?
​
Charles: I believe in research. A novel needs detail and even when dealing with your own life there's always details you forget or was never aware of. I talk to people, meet them when possible, go places, take photographs, read books, magazines, newspapers, trawl the Internet... I end up with piles of cuttings, books, printouts all over the floor. Much of it goes nowhere but it somehow enriches the mix.

Charles: Yes, all the time, but they'd never recognise themselves. I tend to take bits from here and there and combine them in different ways. For example, I once used my grandmother as the basis for a grizzled old Portuguese farmer. She wasn't grizzled, Portuguese or a farmer, but her salty style of speech gave me exactly what I needed for the character. 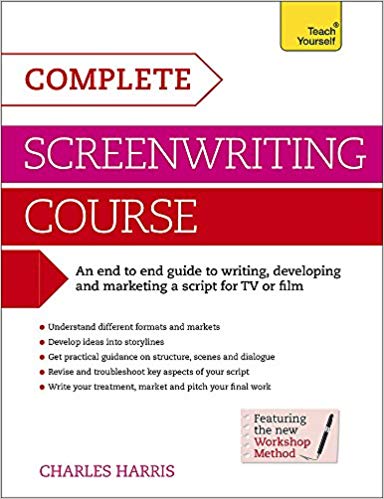 Charles: Books are always blowing me away. There's so much out there - a single life is not enough. The last book I finished that blew me away was Carl Hiaasen's Squeeze Me. People had been advising me to read him for years and I'd avoided his books. I'm not sure why. Squeeze Me is his latest and it's tremendous - witty, energetic, sarcastic, unrestrained. I aim to review it for my blog very soon.
The book that I'm in the middle of that's blowing me away is Charles Dickens' Barnaby Rudge. I was put off Dickens at school, but I think I was simply too young. He deserves his reputation. And he's always surprising. Set in the 1780s, Barnaby Rudge suddenly produces a pitch-perfect depiction of today's alt-right - climaxing with a riot that could be this year's storming of the Capitol.

Charles: I wish I had a clear and concise answer to this. I'm not a marketer, I'm a writer. I am very grateful to my publishers, Bloodhound Books, who are dedicated to marketing.  Along with my fellow Bloodhound writers who are always happy to share each others' news.
Having said that, I am very grateful to the readers on my mailing list. I send out a mix of articles that reflect the state of my study floor! Reviews of books I recommend, comments on the world, photos, drawings, jokes, up-dates on where I am with my own writing. Then when I have a new book, my subscribers are enormously supportive in return. They review them in advance, share with their friends and generally put the word around.
I also love talking to readers' groups, festivals, you name it. I'll rush off at the drop of an invitation. It's even easier at the moment with Zoom, as I don't even have to put a good pair of jeans on...

What are your interests aside from writing? And what do you do to unwind?
​
I'm a black belt in Aikido, which means that in normal times I can work off my writing frustrations by bouncing my students around the mat. I watch football and support Tottenham Hotspur, which is useful when I need to be reminded of what pain feels like.
I'm also a Green Party member. One of the worst lies that goes around is that voting doesn't matter, especially for small parties. I didn't vote for Brexit, but it shows us that the opposite is true: Brexit never would have happened if it hadn't been for the government's fears of losing votes to Ukip - a tiny party which never had more than two MPs. Yet it changed the country's direction 180 degrees. The truth is that politicians hate losing votes and the best way to get them to do something you believe in is to threaten to vote for a party you believe in, instead of them. But they'd prefer you didn't realise it.

Charles: Hundreds. Any author who finishes a book, has the humility to get it edited and finds a publisher. But most of all, those who do it with honesty, craft and passion. Shakespeare, Racine, Jane Austen, Emily Dickinson, Charles Dickens (see above), Wodehouse, Kafka, Graham Greene, Orwell, Evelyn Waugh, Louse Doughty - whose probably the closest living writer we have to Greene now - Carl Hiaasen (as mentioned), my late neighbour David Cornwell (John le Carré) ... Though all very different, what they all have in common is that they write wonderful, complex characters in entertaining plots and never go for the easy cliché - and they give me a feeling of empowerment. When I read their work, I feel I could write better, thanks to them. It may or may not be true, but the feeling is a good one.

Alex: Thank you so much for sharing your writing journey with us, Charles. It's been a delight to listen to you. And I'm sure I won't be alone in saying so.

Charles: Thank you, Alex. It's my pleasure.
CHARLES'S WEBSITE
ROOM 15 ON AMAZON
FREE SAMPLE OF ROOM 15
THE BREAKING OF LIAM GLASS
THE CUPBOARD
SCREENWRITING COURSE